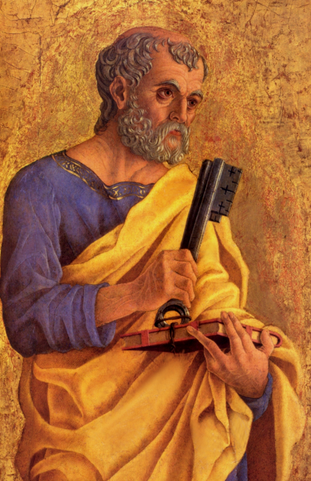 Christ Truly Lived and Died in Human Flesh. Incidents of His Human Life on Earth, and Refutation of Marcion’s Docetic Parody of the Same

There are, to be sure, other things also quite as foolish (as the birth of Christ), which have reference to the humiliations and sufferings of God. Or else, let them call a crucified God wisdom. But Marcion will apply the knife to this doctrine also, and even with greater reason. For which is more unworthy of God, which is more likely to raise a blush of shame, that God should be born, or that He should die? That He should bear the flesh, or the cross? Be circumcised, or be crucified? Be cradled, or be coffined? be laid in a manger, or in a tomb? Talk of wisdom! You will show more of that if you refuse to believe this also. But, after all, you will not be wise unless you become a fool to the world, by believing the foolish things of God. Have you, then, cut away all sufferings from Christ, on the ground that, as a mere phantom, He was incapable of experiencing them? We have said above that He might possibly have undergone the unreal mockeries of an imaginary birth and infancy. But answer me at once, you that murder truth: Was not God really crucified? And, having been really crucified, did He not really die?

And, having indeed really died, did He not really rise again? Falsely did Paul determine to know nothing among us but Jesus and Him crucified; 1 Corinthians 2:2 falsely has he impressed upon us that He was buried; falsely inculcated that He rose again. False, therefore, is our faith also. And all that we hope for from Christ will be a phantom. O you most infamous of men, who acquittest of all guilt the murderers of God! For nothing did Christ suffer from them, if He really suffered nothing at all. Spare the whole world’s one only hope, you who are destroying the indispensable dishonour of our faith. Whatsoever is unworthy of God, is of gain to me. I am safe, if I am not ashamed of my Lord. Whosoever, says He, shall be ashamed of me, of him will I also be ashamed. Other matters for shame find I none which can prove me to be shameless in a good sense, and foolish in a happy one, by my own contempt of shame.

The Son of God was crucified; I am not ashamed because men must needs be ashamed of it. And the Son of God died; it is by all means to be believed, because it is absurd. And He was buried, and rose again; the fact is certain, because it is impossible. But how will all this be true in Him, if He was not Himself true— if He really had not in Himself that which might be crucified, might die, might be buried, and might rise again? I mean this flesh suffused with blood, built up with bones, interwoven with nerves, entwined with veins, a flesh which knew how to be born, and how to die, human without doubt, as born of a human being. It will therefore be mortal in Christ, because Christ is man and the Son of man. Else why is Christ man and the Son of man, if he has nothing of man, and nothing from man? Unless it be either that man is anything else than flesh, or man’s flesh comes from any other source than man, or Mary is anything else than a human being, or Marcion’s man is as Marcion’s god. Otherwise Christ could not be described as being man without flesh, nor the Son of man without any human parent; just as He is not God without the Spirit of God, nor the Son of God without having God for His father. Thus the nature of the two substances displayed Him as man and God—in one respect born, in the other unborn; in one respect fleshly, in the other spiritual; in one sense weak, in the other exceeding strong; in one sense dying, in the other living.

This property of the two states— the divine and the human— is distinctly asserted with equal truth of both natures alike, with the same belief both in respect of the Spirit and of the flesh. The powers of the Spirit, proved Him to be God, His sufferings attested the flesh of man. If His powers were not without the Spirit in like manner, were not His sufferings without the flesh. If His flesh with its sufferings was fictitious, for the same reason was the Spirit false with all its powers. Wherefore halve Christ with a lie? He was wholly the truth. Believe me, He chose rather to be born, than in any part to pretend— and that indeed to His own detriment— that He was bearing about a flesh hardened without bones, solid without muscles, bloody without blood, clothed without the tunic of skin, hungry without appetite, eating without teeth, speaking without a tongue, so that His word was a phantom to the ears through an imaginary voice. A phantom, too, it was of course after the resurrection, when, showing His hands and His feet for the disciples to examine, He said, Behold and see that it is I myself, for a spirit has not flesh and bones, as you see me have; Luke 24:39 without doubt, hands, and feet, and bones are not what a spirit possesses, but only the flesh.

How do you interpret this statement, Marcion, you who tell us that Jesus comes only from the most excellent God, who is both simple and good? See how He rather cheats, and deceives, and juggles the eyes of all, and the senses of all, as well as their access to and contact with Him! You ought rather to have brought Christ down, not from heaven, but from some troop of mountebanks, not as God besides man, but simply as a man, a magician; not as the High Priest of our salvation, but as the conjurer in a show; not as the raiser of the dead, but as the misleader of the living,— except that, if He were a magician, He must have had a nativity!