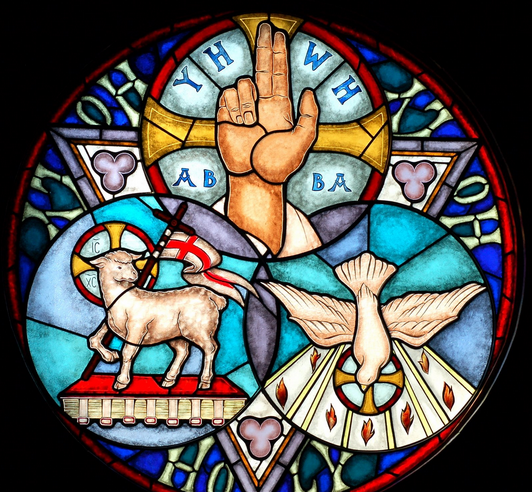 I believe in God, the Father almighty,
creator of heaven and earth.

I believe in Jesus Christ, his only Son, our Lord,
who was conceived by the Holy Spirit
and born of the virgin Mary.
He suffered under Pontius Pilate,
was crucified, died, and was buried;
he descended to hell.
The third day he rose again from the dead.
He ascended to heaven
and is seated at the right hand of God the Father almighty.
From there he will come to judge the living and the dead.

I believe in the Holy Spirit,
the holy catholic* church,
the communion of saints,
the forgiveness of sins,
the resurrection of the body,
and the life everlasting. Amen.

*that is, the true Christian church of all times and all places

This creed is called the Apostles’ Creed not because it was produced by the apostles themselves but because it contains a brief summary of their teachings. It sets forth their doctrine “in sublime simplicity, in unsurpassable brevity, in beautiful order, and with liturgical solemnity.” In its present form it is dated no later than the fourth century. More than any other Christian creed, it may justly be called an ecumenical symbol of faith. This translation of the Latin text was approved by the CRC Synod of 1988.