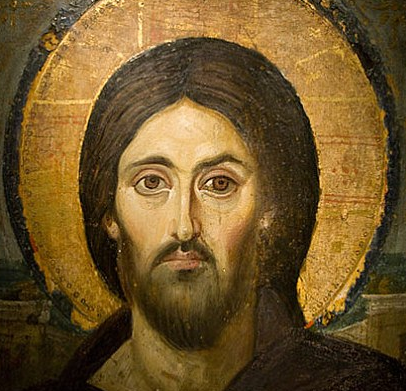 Doubting that Jesus ever existed seems to be in vogue at the moment. Steve Cooper explains why the evidence for Jesus, including his miracles, is actually stronger than ever

According to a recent survey two out of every five people in England (39 per cent) do not know that Jesus was a real person who actually lived.

Worrying as that may be, it seems that ignorance around the historical Jesus goes deeper than just uninterested agnosticism. According to the survey, under-35s were more likely (25 per cent) than older people to think that Jesus was an altogether fictional character.

Can we deduce that the rampant skepticism of Dawkins and his online following of new atheists has penetrated deeper than we thought?

The survey, conducted by Barna Research on behalf of the EA, HOPE and the CofE, claims that in total, 22 per cent of people think Jesus was a mythical figure, while 17 per cent are unsure whether he was real or not. That’s nearly 40 percent of people who are either unsure or who actively don’t believe in the existence of Jesus.

Bizarrely enough (and perhaps encouragingly), some 43 per cent of English adults also believe in the resurrection, the survey found. If the statistics are accurate, it indicates a massive polarisation about belief in Jesus in the UK.

Whatever the survey tells us, it leaves the question of what we do with the 40 percent who have trouble believing in the historical Jesus. If the conversation comes up in the pub… what do you say?

The Case for Christ

It’s relatively simple to make the case for the historicity of Jesus. Firstly, it’s what the vast majority of scholars of the ancient world believe (i.e. the ones who actually research these things, rather than the opinion of an Oxford biologist). We not only have the Gospel accounts of Jesus’ life, but his death by crucifixion is one of the most widely attested events in the ancient world, written about by contemporary historians such as Josephus and Tacitus.

The apostle Paul himself is one of our earliest historical sources. His account of Jesus, passed on to him by eyewitness disciples, were the first to be written down. Our earliest copies of those documents are more plentiful and closer to the time of Jesus than the histories of many major figures of the ancient world (whom the general public seem to have no problem believing in).

As New Testament historian Tom Wright says… if you take a historical Jesus out of the equation, it creates far more problems than it solves.

Other versions of Jesus

So, despite the best efforts of the Internet, and despite the apparent scepticism in the UK, the case for the historical Jesus remains strong. But the real (and more interesting) question is not so much ‘did he exist?’ but ‘did he work miracles?’ …

I’d be surprised if you’ve never had people retort that they don’t accept the idea that Jesus was the Son of God but instead some alternative version of a ‘Real Jesus’. He will be a striking but not extraordinary individual who the early Christians are supposed to have misunderstood, exaggerated or misrepresented into an outlandish ‘No-man-comes-to-the-Father-but-by-me’ package.

I once attended a local ‘multi-cultural awareness’ course where a temple teacher assured us (with an absolutely straight-face) of the ‘original Hindu meaning of the Gospels’.

You may be able to offer many more examples: a prophet of Islam, a New Age ‘Master’, a rebel against Rome, a social revolutionary, a ‘wise teacher’, a ‘typical’ healer. Whichever version it may be, Jesus is sold as a mostly harmless type who leaves the individual’s world-view unchallenged.

Was he a worker of miracles?

Our friends may well assume that the only evidence for the miraculous Jesus comes from the New Testament, written by Christians. After all ‘true believers’ can claim absolutely any bizarre thing, can’t they? Without the ‘rosy glasses’ of faith, the sceptic can feel justified in ignoring the possibility of God having entered our world as a human being.

Well, I happen to think they are dead wrong, and hopefully this article will help you put a stone in the sceptic’s shoe which irritates them enough to open up the the possibility of considering the evidence further.

Christianity did not emerge into an indifferent or tolerant world. The Christian message was offensive to the majority of Jews and soon would be to the pagans too, including the Roman government itself. If they wanted to discredit the fledgling religion, the most obvious line of attack from these hostile groups would be to argue that the Gospels’ depiction of Jesus was a fiction.

In fact we have a range of Jewish and pagan attacks on early Christianity and, as we will see, both groups’ sole strategy was to treat Jesus as a real wonder-worker who made blasphemous claims to divine authority. In an ironic twist of fate, those early sceptics give us plenty of good reasons today to be confident in the Gospel accounts of Jesus.

Celsus: the Richard Dawkins of his day

The first pagan rebuttal of Christianity was by Celsus in around 180 CE. His work The True Word largely survives because the 3rd century teacher Origen made a very longwinded response to it, Against Celsus (which definitely falls into the category of books I have read so that you don’t have to). The highlights are presented here:

Celsus devotes a large chunk of his book to talking about the attacks made by the Jews of his day on Jesus:

‘because [Jesus] was poor he hired himself out as a workman in Egypt, and there tried his hand at certain magical powers on which the Egyptians pride themselves; he returned full of conceit because of those powers, and on account of them gave himself the title of God…’ ‘These were the actions of one hated by God and a wicked sorcerer…”

Throughout his book, Celsus treats Jesus as a real individual who was a dangerous con-artist. He rejects the Jewish assumption that Jesus did real sorcery and instead claims he was something akin to a conjuror or illusionist. However, he also recognised Christians had real spiritual power:

This, incidentally, is consistent across the Roman-era writings; the early Christian apologists treat Christian authority over demons and healing in the name of Jesus as something the pagans will ‘take as read’… and the pagans collude with that assumption!

There is also a strong correlation between the Jewish claims relayed by Celsus (and indeed a few decades earlier, by Justin Martyr) and the traditions set down in the 7thcentury in the Talmud. There, the rabbis treat the power of the name of Jesus to heal as a real phenomenon that Jews must shun. Jesus is condemned in multiple passages as a real individual whom the Sanhedrin executed for ‘sorcery and leading the people astray’. In the most extreme passage, Jesus is depicted burning in hellfire alongside two other historical ‘villains’ – Balaam the false prophet and Titus, who burned down the Temple! To devout Jews, Jesus of Nazareth was no ‘footnote’.

So, from across the centuries, both Celsus and the Talmud confirms for us that Jesus was regarded by the Jews of his day as a real person who possessed supernatural powers.

Falsifiable evidence is your friend

There’s another important thing to note. The miraculous claims of the Jesus depicted in the Gospels were falsifiable (which is a good thing!). This can be illustrated by the supernatural claims of other historical prophets.

Muhammad, the founder of Islam, claimed to receive visions of the angel Jibril and revelations of the Qu’ran, and to have gone on a miraculous ‘night Journey’ to Jerusalem. Nobody else experienced anything of these reported occurrences. As such they are non-falsifiable – we simply can’t know what did or didn’t happen inside Muhammad’s head, or when he was alone. Our acceptance or rejection of Islam will instead be informed by the extent to which we trust Muhammad’s character and achievements, and the qualities of the Qu’ran itself. The exact same applies to the un-falsifiable supernatural claims of Joseph Smith and his Book of Mormon.

Jesus by contrast is reported in the Gospels to have taught large crowds of his divine authority, publicly performed miracles in the Galilee and in Jerusalem, including at Jewish festivals when the city was crowded with international pilgrims. The Christian community grew up ‘cheek by jowl’ with Jewish communities from the outset.

As apostles travelled through the Mediterranean and near-east they would have presented their account of Jesus to communities including people who had been pilgrims to Jerusalem at the Passover when Jesus was crucified, and ‘Pentecost’ where the disciples spoke in tongues. By the time Celsus was writing, Jewish people throughout the empire would be able to recall what grandfathers had said about their pilgrimages to Jerusalem in 33 CE. Celsus certainly didn’t see the popular modern strategy of claiming the real Jesus to be lost to the advancing years as viable – he was absolutely certain Jesus was an actual crook, from ‘a very few years ago!’

So, today’s doubters need to be pressed hard as to why, if the alternative versions of Jesus (mystic, moral teacher, misguided healer) advanced over the last few centuries can be taken seriously, it never occurred to any sceptic in the ancient world to make these very obvious challenges.

Sceptics have to resort to claiming that all people in the ancient world were credulous and simple, or to concur that the real Jesus must have been a conjuring con-artist. Both positions are easier to undermine than the alternative ‘Real Jesus’ hypotheses they replace.

But the best explanation of all these various lines of evidence is the one that the original Gospel writers gave – Jesus performed miracles to many onlookers as a sign of his divinity. It’s exciting that material advanced long ago to discredit Christianity now serves as evidence for its truth; every knee bows to Jesus in the end!

Steve Cooper manages a hostel for ex-offenders for a Christian Housing Association. He promotes Christian apologetics in the East Midlands.