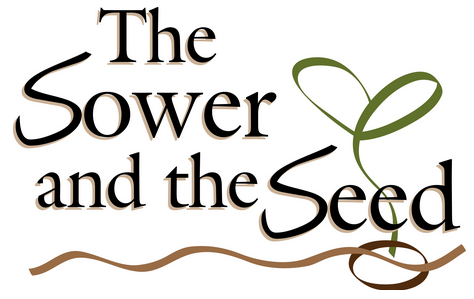 4 And when a great crowd came together and people from town after town came to him, Jesus said in a parable: 5 “A sower went out to sow his seed; and as he sowed, some fell along the path, and was trodden under foot, and the birds of the air devoured it. 6 And some fell on the rock; and as it grew up, it withered away, because it had no moisture. 7 And some fell among thorns; and the thorns grew with it and choked it. 8 And some fell into good soil and grew, and yielded a hundredfold.” As he said this, he called out, “He who has ears to hear, let him hear.” 9 And when his disciples asked him what this parable meant, 10 he said, “To you it has been given to know the secrets of the kingdom of God; but for others they are in parables, so that seeing they may not see, and hearing they may not understand. 11 Now the parable is this: The seed is the word of God. 12 The ones along the path are those who have heard; then the devil comes and takes away the word from their hearts, that they may not believe and be saved. 13 And the ones on the rock are those who, when they hear the word, receive it with joy; but these have no root, they believe for a while and in time of temptation fall away. 14 And as for what fell among the thorns, they are those who hear, but as they go on their way they are choked by the cares and riches and pleasures of life, and their fruit does not mature.

Meditation: What do you know about sowing seeds? For a rural community that lived off the land, sowing was absolutely necessary for survival. The mere act of sowing brought great hope in the anticipation of a fruitful harvest. Jesus’ story, however, gives a warning. A seed can’t mature into fruit without the proper conditions for growth. Even the prophet Jeremiah gave similar advice several hundred years earlier: “Break up your fallow ground, and sow not among thorns” (Jer. 4:3).

What’s the point of this story for Jesus’ audience and for us?  Jesus’ parable of the sower is aimed at the hearers of his word. There are different ways of accepting God’s word and they produce different kinds of fruit accordingly. There is the prejudiced hearer who has a shut mind. Such a person is unteachable and blind to the things of God. Then there is the shallow hearer who fails to think things out or think them through; such a person lacks spiritual depth. They may initially respond with an emotional fervor, but when it wears off their mind wanders to something else. Another type of hearer is the person who has many interests or cares, but who lacks the ability to hear or comprehend what is truly important. Such a person is for ever too busy to pray or too preoccupied to study and meditate on God’s word. They may work so hard that they are too tired to even think of anything else but their work. Then there is the one whose mind is open. Such a person is at all times willing to listen and to learn. He or she is never too proud or too busy to learn. They listen in order to understand. God’s word has power to change and transform us into the likeness of Christ. God gives grace to those who hunger for his word that they may understand his will and have the strength and freedom to live according to it.  Do you hunger for God’s transforming word?

“Lord, faith in your word is the way to wisdom, and to ponder your divine plan is to grow in the truth.  May your word take deep root in my heart that I may grow strong in love and live in the hope of your everlasting kingdom.”