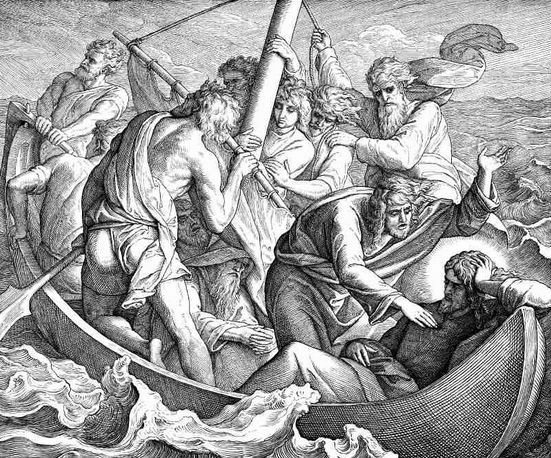 The essential meaning of all things came down from the “heaven” of myth to the “earth” of history. In so doing, it partly emptied itself of its glory, as Christ emptied Himself of His glory to be Man. That is the real explanation of the fact that Theology, far from defeating its rivals by a superior poetry, is, in a superficial but quite real sense, less poetical than they. That is why the New Testament is, in the same sense, less poetical than the Old. Have you not often felt in Church, if the first lesson is some great passage, that the second lesson is somehow small by comparison— almost, if one might say so, humdrum? So it is and so it must be. That is the humiliation of myth into fact, of God into Man; what is everywhere and always, imageless and ineffable, only to be glimpsed in dream and symbol and the acted poetry of ritual becomes small, solid— no bigger than a man who can lie asleep in a rowing boat on the Lake of Galilee. You may say that this, after all, is a still deeper poetry. I will not contradict you. The humiliation leads to a greater glory. But the humiliation of God and the shrinking or condensation of the myth as it becomes fact are also quite real. —from “Is Theology Poetry?” (The Weight of Glory)