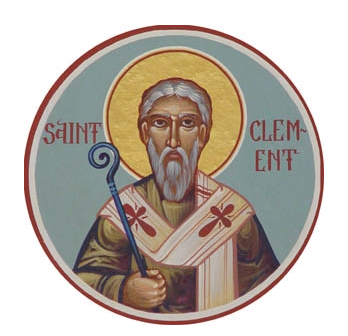 For Christ is of those who are humble-minded, and not of those who exalt themselves over His flock. Our Lord Jesus Christ, the Sceptre of the majesty of God, did not come in the pomp of pride or arrogance, although He might have done so, but in a lowly condition, as the Holy Spirit had declared regarding Him.

For He says, “Lord, who hath believed our report, and to whom is the arm of the Lord revealed? We have declared [our message] in His presence: He is, as it were, a child, and like a root in thirsty ground; He has no form nor glory, yea, we saw Him, and He had no form nor comeliness; but His form was without eminence, yea, deficient in comparison with the [ordinary] form of men. He is a man exposed to stripes and suffering, and acquainted with the endurance of grief: for His countenance was turned away; He was despised, and not esteemed. He bears our iniquities, and is in sorrow for our sakes; yet we supposed that [on His own account] He was exposed to labor, and stripes, and affliction.

But He was wounded for our transgressions and bruised for our iniquities. The chastisement of our peace was upon Him, and by His stripes we were healed. All we, like sheep, have gone astray; [every] man has wandered in his own way; and the Lord has delivered Him up for our sins, while He in the midst of His sufferings openeth not His mouth. He was brought as a sheep to the slaughter, and as a lamb before her shearer is dumb, so He openeth not His mouth. In His humiliation His judgment was taken away; who shall declare His generation? for His life is taken from the earth. For the transgressions of my people was He brought down to death. And I will give the wicked for His sepulchre, and the rich for His death, because He did no iniquity, neither was guile found in His mouth. And the Lord is pleased to purify Him by stripes. If ye make an offering for sin, your soul shall see a long-lived seed. And the Lord is pleased to relieve Him of the affliction of His soul, to show Him light, and to form Him with understanding, to justify the Just One who ministereth well to many; and He Himself shall carry their sins.

On this account He shall inherit many, and shall divide the spoil of the strong; because His soul was delivered to death, and He was reckoned among the transgressors, and He bare the sins of many, and for their sins was He delivered.” And again He saith, “I am a worm, and no man; a reproach of men, and despised of the people. All that see Me have derided Me; they have spoken with their lips; they have wagged their head, [saying] He hoped in God, let Him deliver Him, let Him save Him, since He delighteth in Him.”

Ye see, beloved, what is the example which has been given us; for if the Lord thus humbled Himself, what shall we do who have through Him come under the yoke of His grace?

– [a.d. 30–100.] Clement was probably a Gentile and a Roman. He seems to have been at Philippi with St. Paul (a.d. 57) when that first-born of the Western churches was passing through great trials of faith.